Here's an old fiddle that needed a little TLC. (It didn't want no scrubs, just gentle solvents...)   It's been resting for decades following a celebrated career acting as accompaniment to dances and parties. 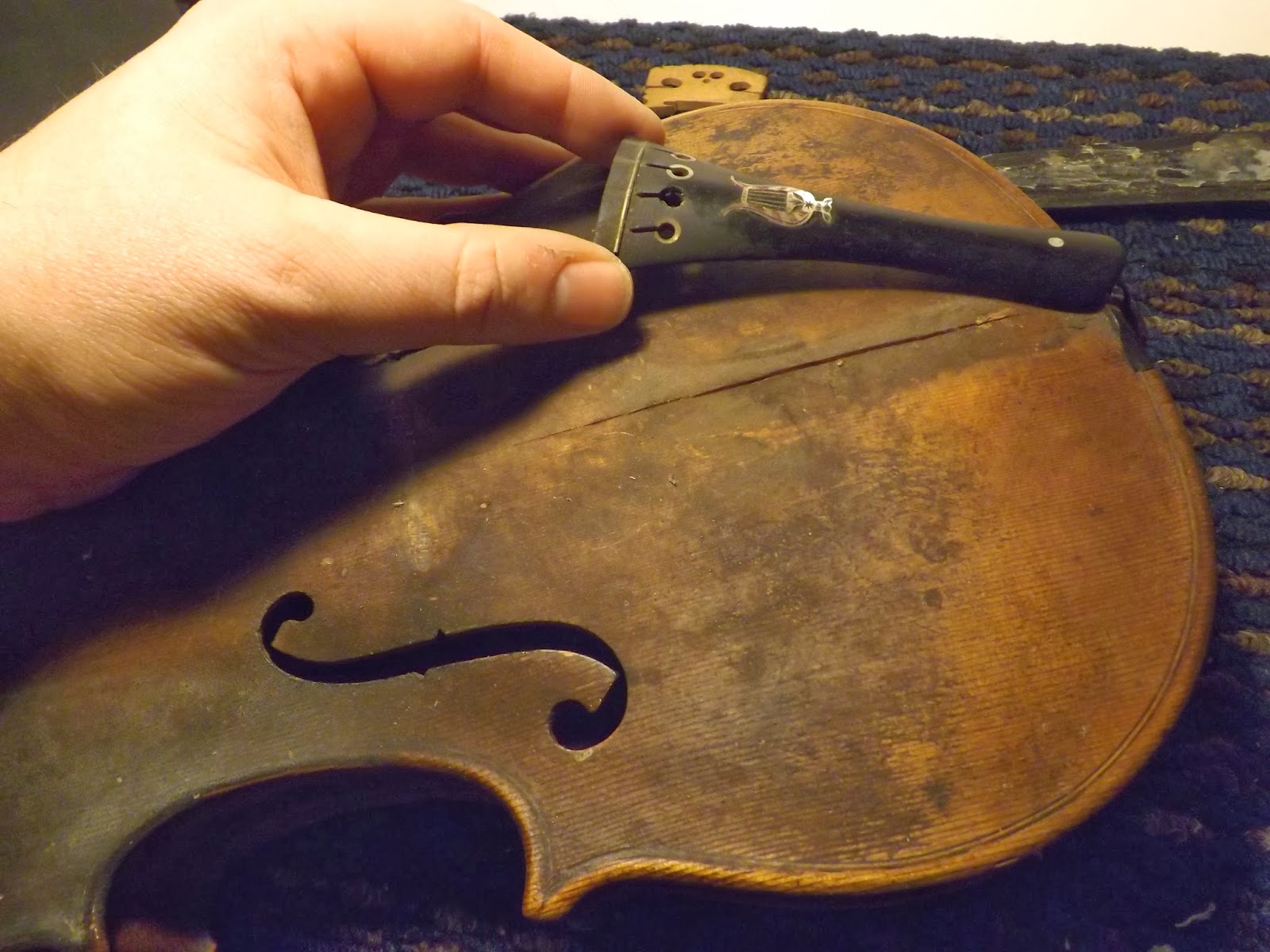 The fiddlin' days are long over, but it deserves to look its best.  There's a serious split under the tailpiece.   It's covered in a mixture of rosin and... something else.   I believe at some point in the 1940's or 50's someone decided to make it shiny by brushing on a nice coat of boiled linseed oil.  The problem with linseed oil is that it oxidizes for decades and eventually turns coal black.   It took quite a lot of elbow grease to lift it off the original varnish using judicious applications of acetone to melt  a little bit before quickly rubbing it away with clean cloth.  A polish with some spirit varnish and it's ready to go back on display! 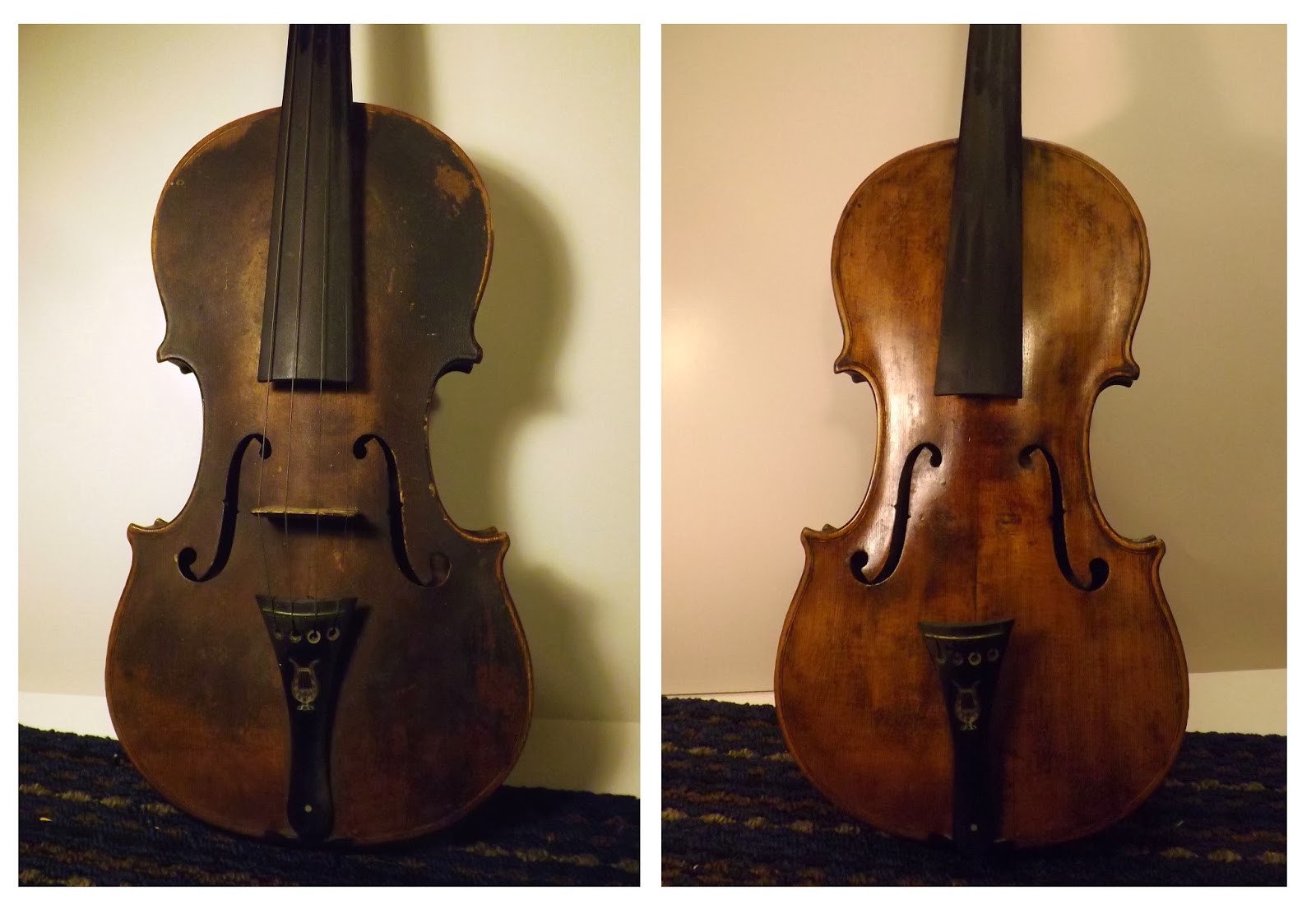 Posted by Ted Woodford at 4:01 PM No comments:

A short video describing a recent effort to put a venerable old instrument back into playable condition.

Posted by Ted Woodford at 4:30 PM No comments: