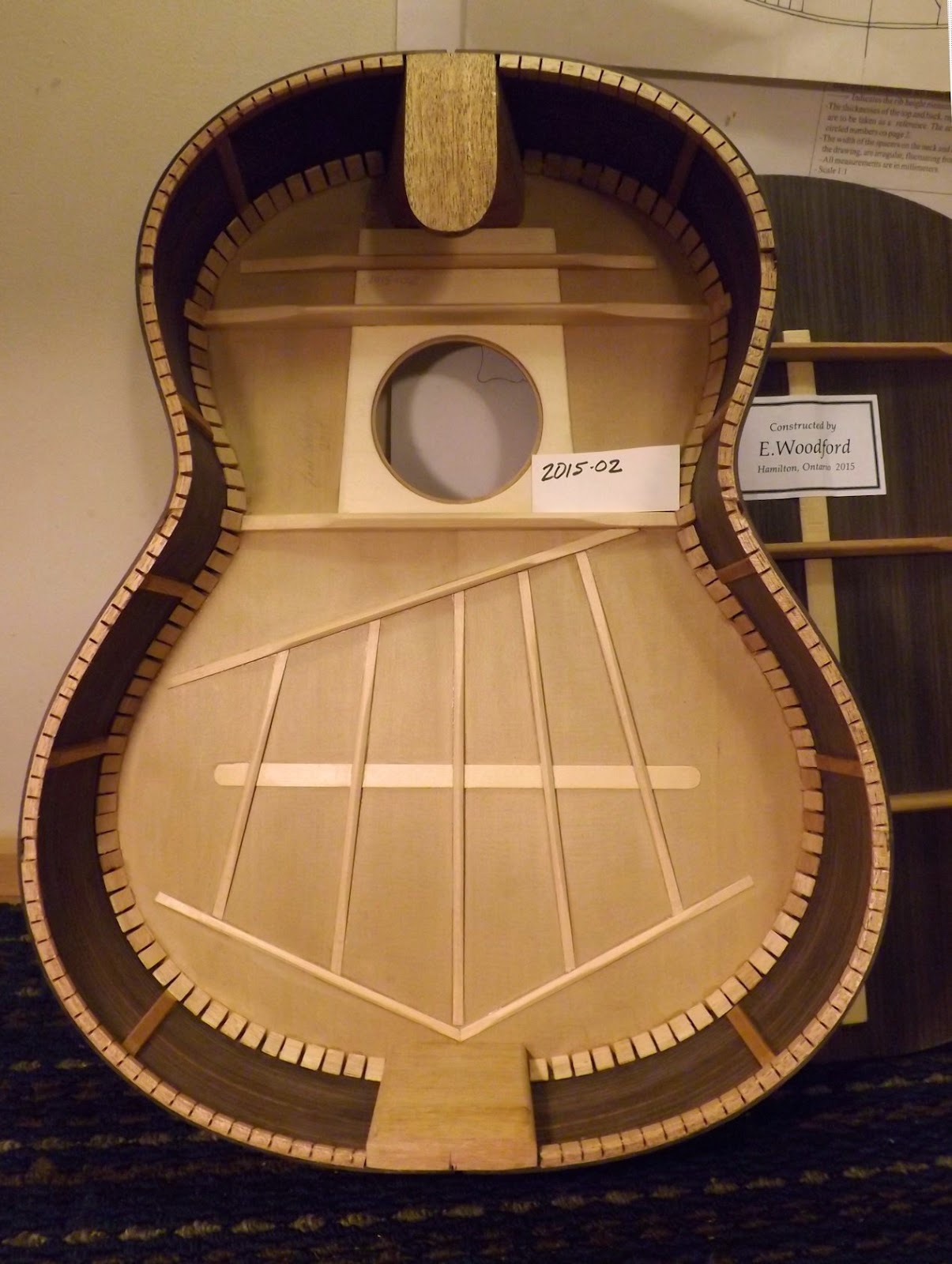 Five fans and a deeply angled diagonal transverse bar are elements picked up from the design of Miguel Rodriguez Jr. 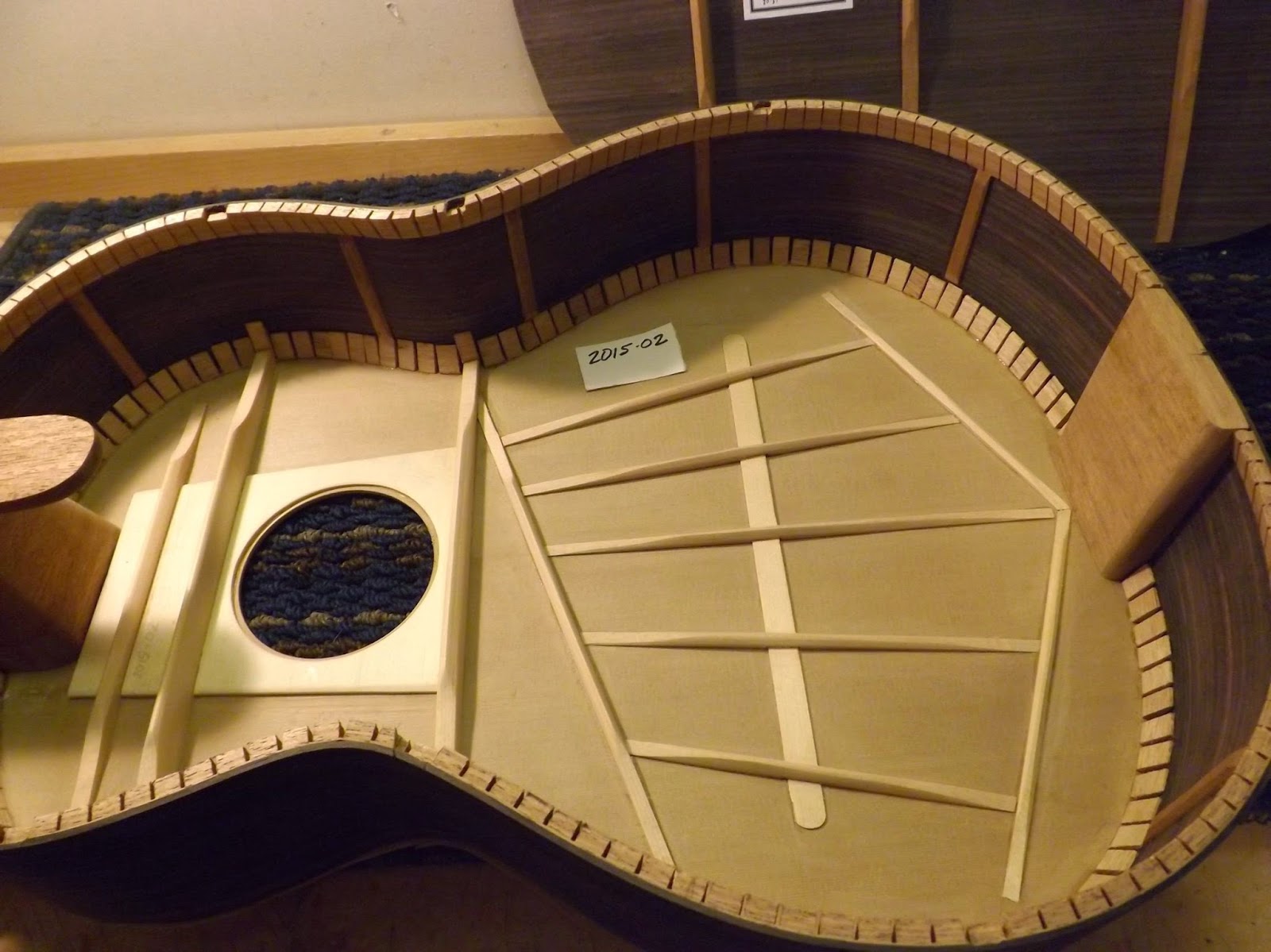 Posted by Ted Woodford at 1:30 PM No comments:

I receive a large number of comments and emails regarding a Mongolian instrument I built some years back and profiled on this blog.  At the time, I had only a few photos to work from and extrapolated things like string length and box dimensions by scaling up details from the pictures.

Recently I was contacted by the owner of a bona-fide genuine Mongolian-made fiddle. She has had difficulty keeping it in tune from the beginning and wondered if there was something I could suggest. We discussed options and I came upon a plan to retrofit it with mechanical tuning machines. 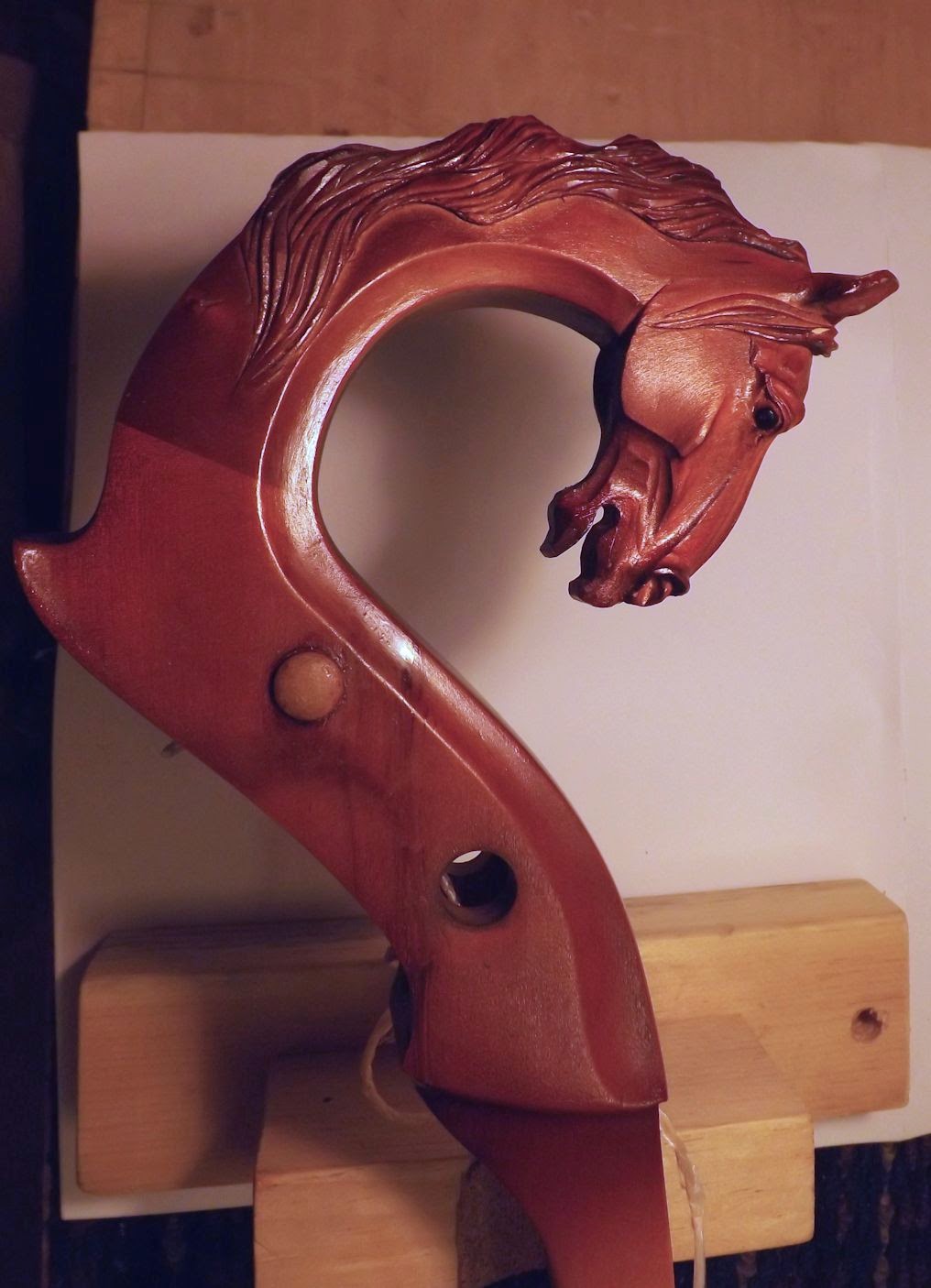 To start with, for a student-grade instrument it has some beautiful carving.  The tapered pegs it was fitted with didn't seem to correspond to the usual 1:30 found on violas, or the 1:25 commonly found on cellos. 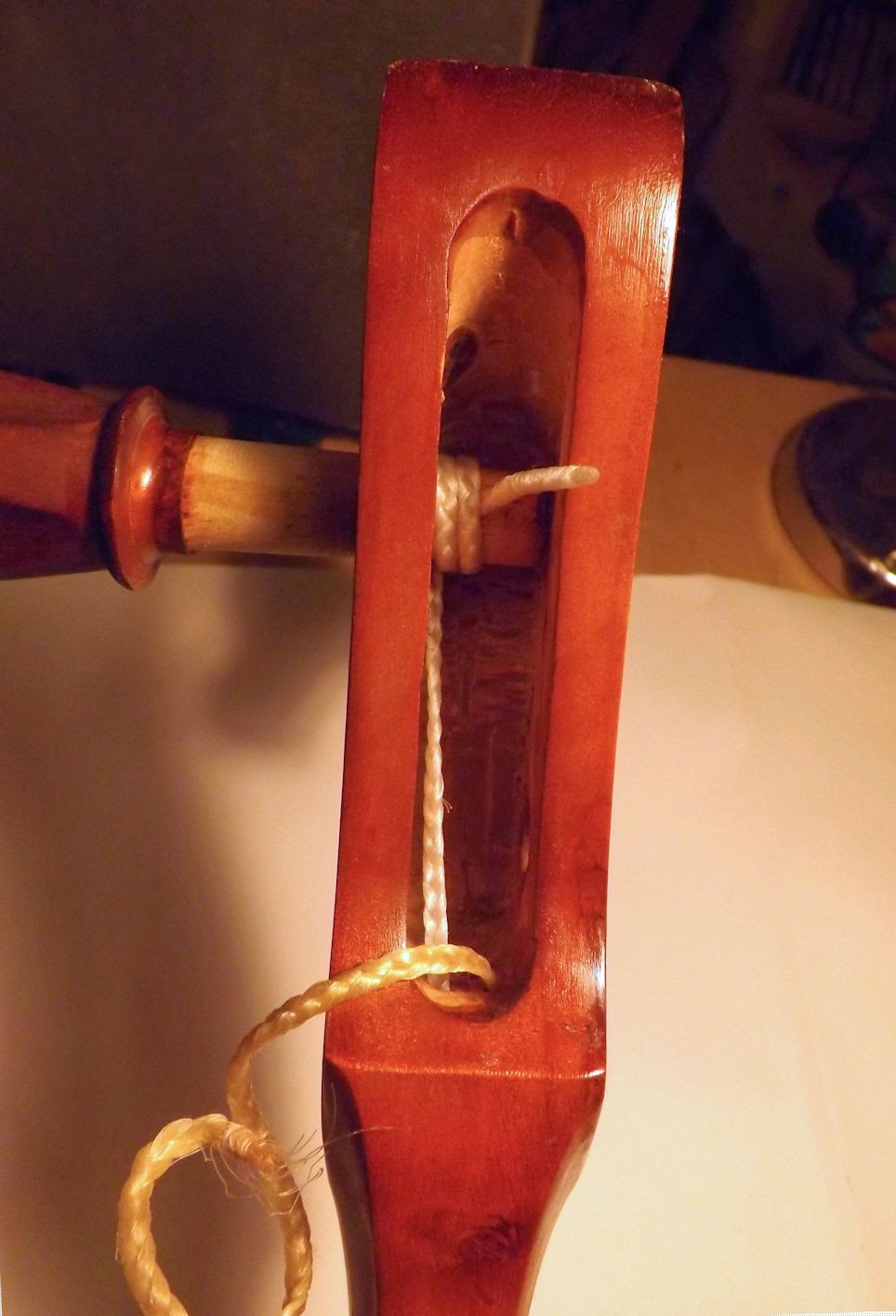 The multistranded nature of morin khuur strings necessitates a large diameter peg. Unfortunately the materials used here weren't up to the task. The pegbox seems to be made from a fruitwood, and the pegs themselves *might* be an Asian variety of soft maple. 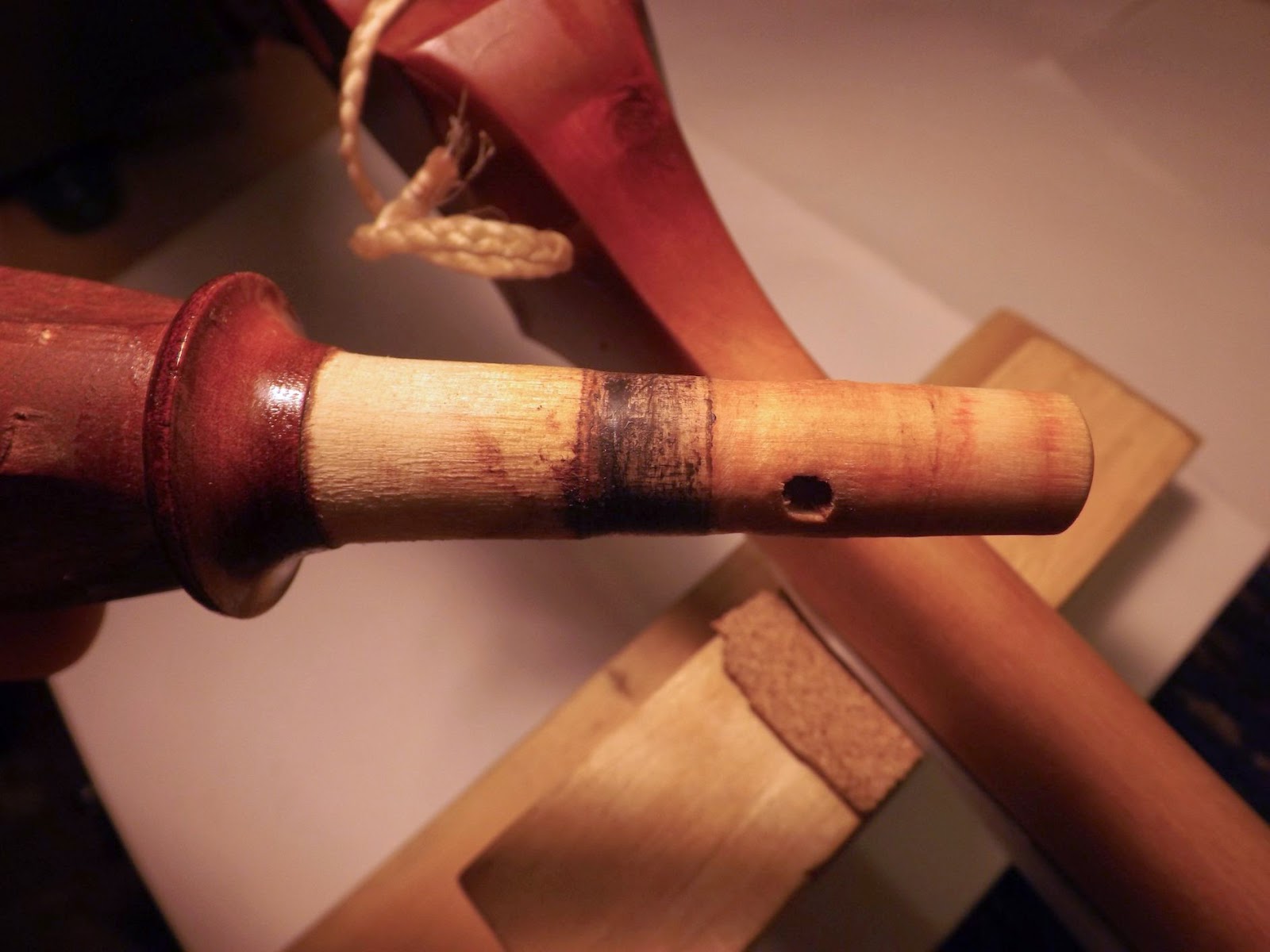 The wood is just too soft and fibrous. Assuming I had a peg shaver large enough to deal with these, I'm confident they would quickly deform.  No amount of peg compound is going to help this situation! 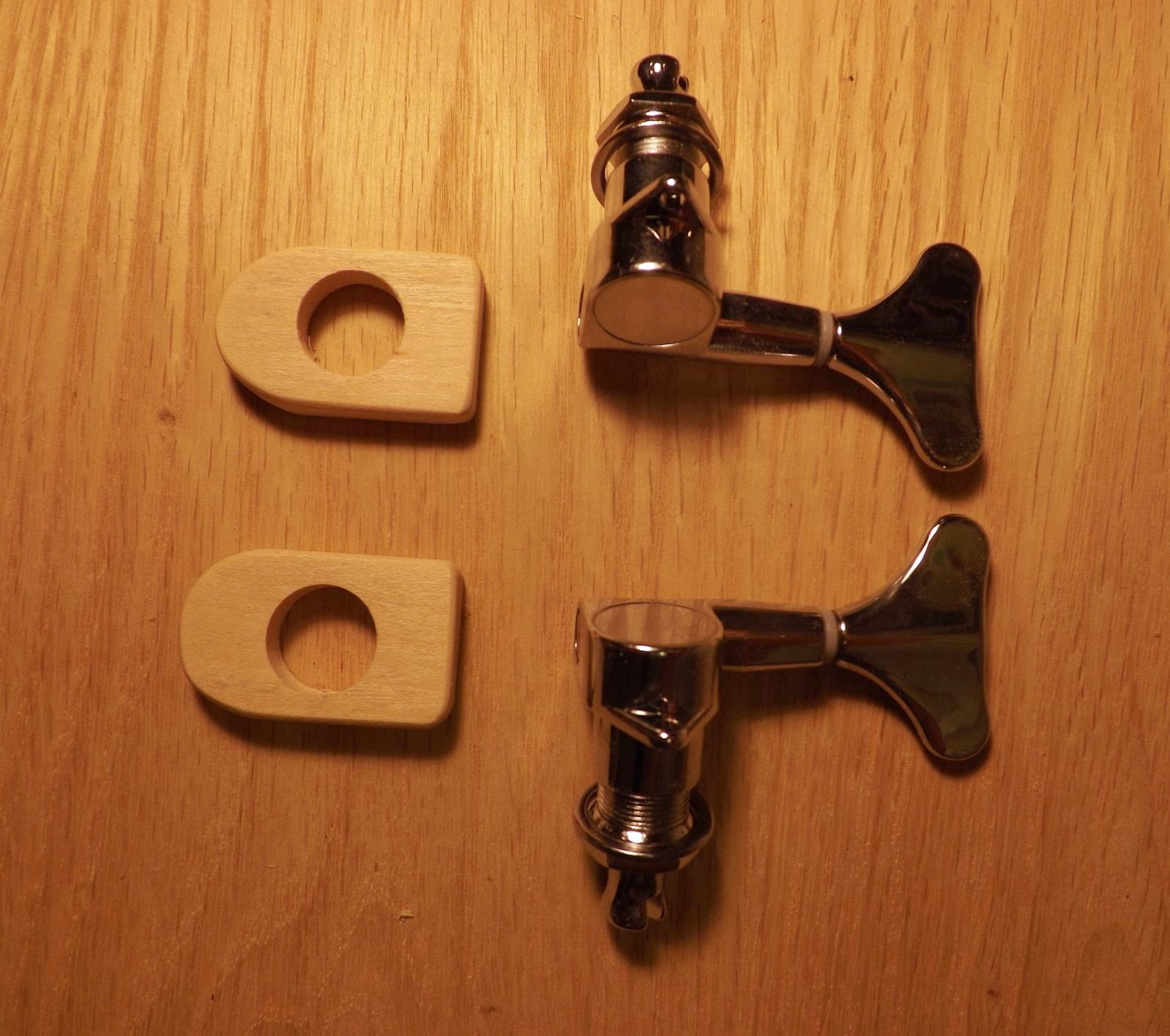 The cheeks of the peg box were too narrow to accommodate the electric bass tuners I had in mind so I made up a couple of little risers. 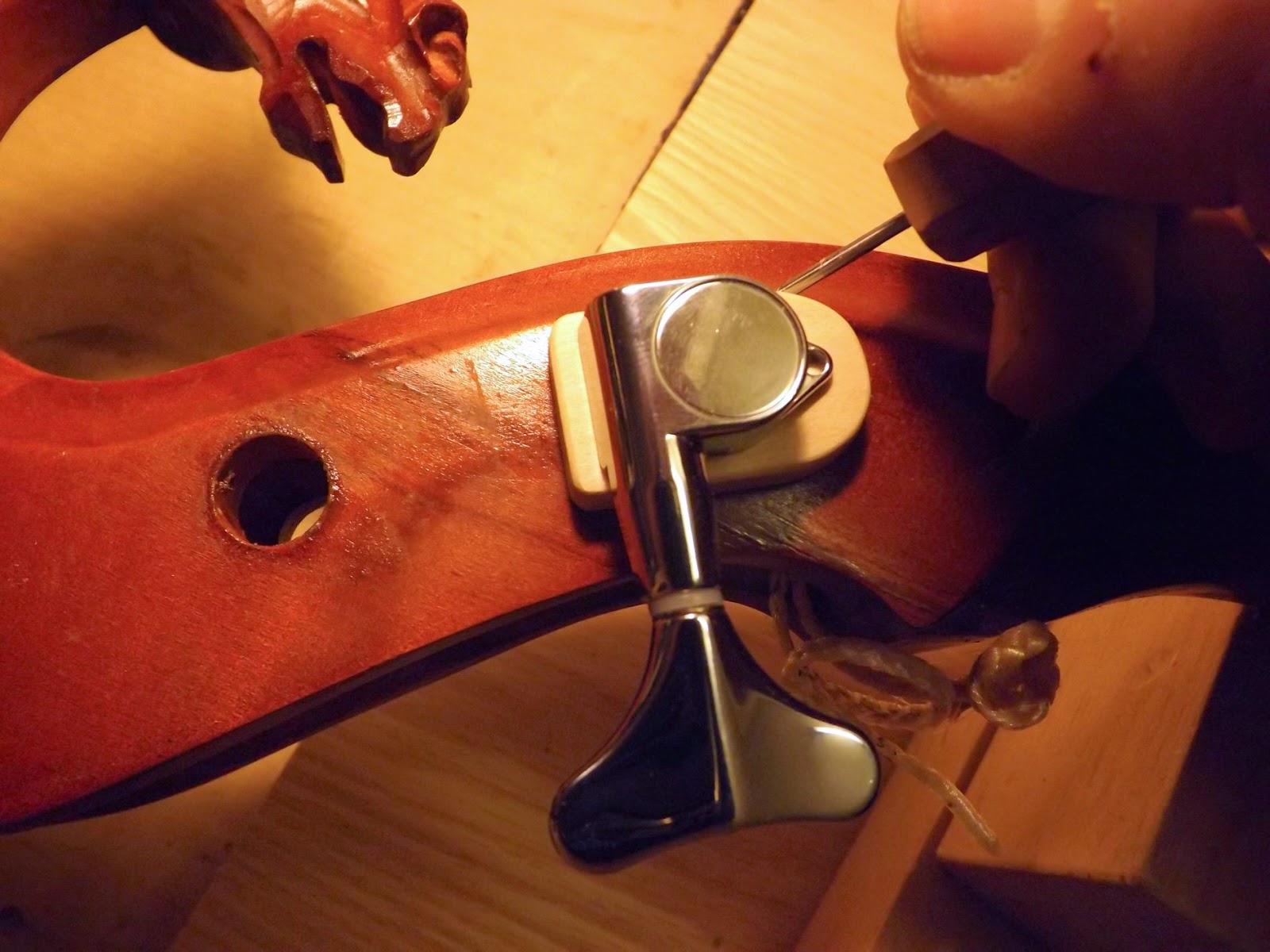 The shafts fit nicely into the vacant peg holes.  I scribed around them... 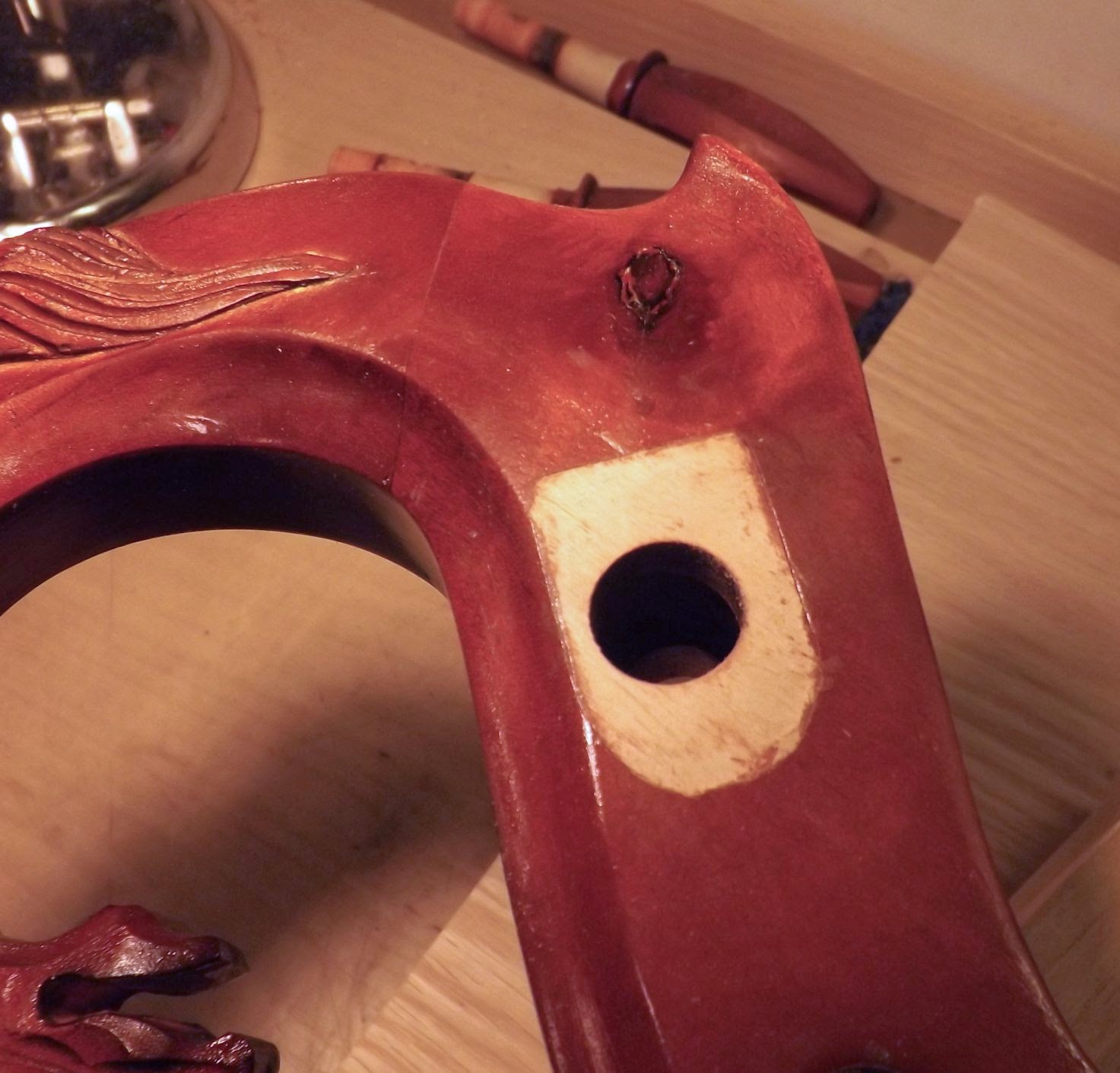 And scraped back to bare wood for gluing purposes.  Note the knot with bark inclusion! 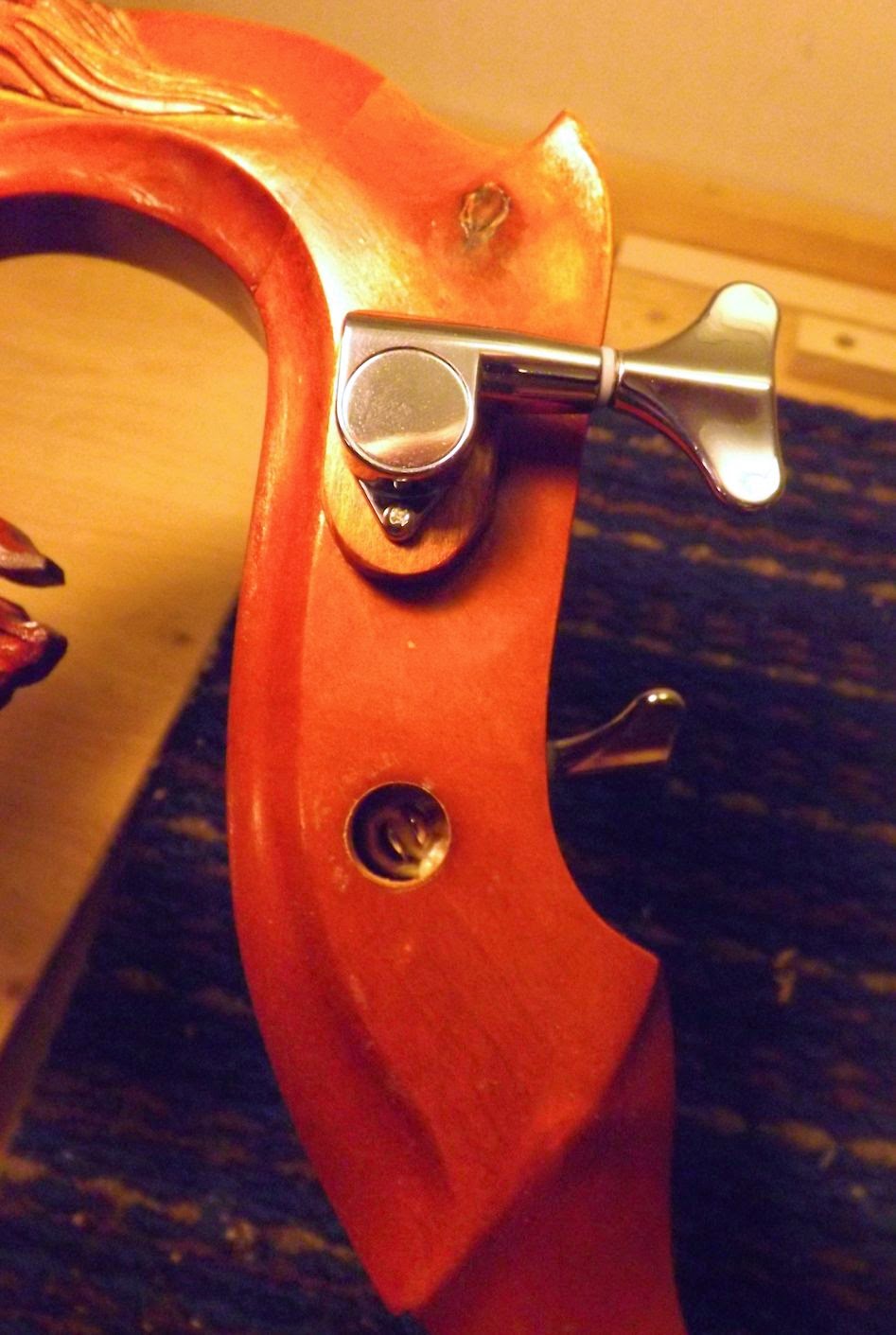 A coat of colored varnish makes the risers less visually obtrusive.  You can see manner in which the strings are held in place through the lower peg hole.  I made a slip knot and cinched the string through the split shaft. It was a tight fit working in the confines of the pegbox but it didn't take long.  Those thinking of trying this for themselves might graft a smaller diameter cord to the end of their strings to make the job less fiddlesome. 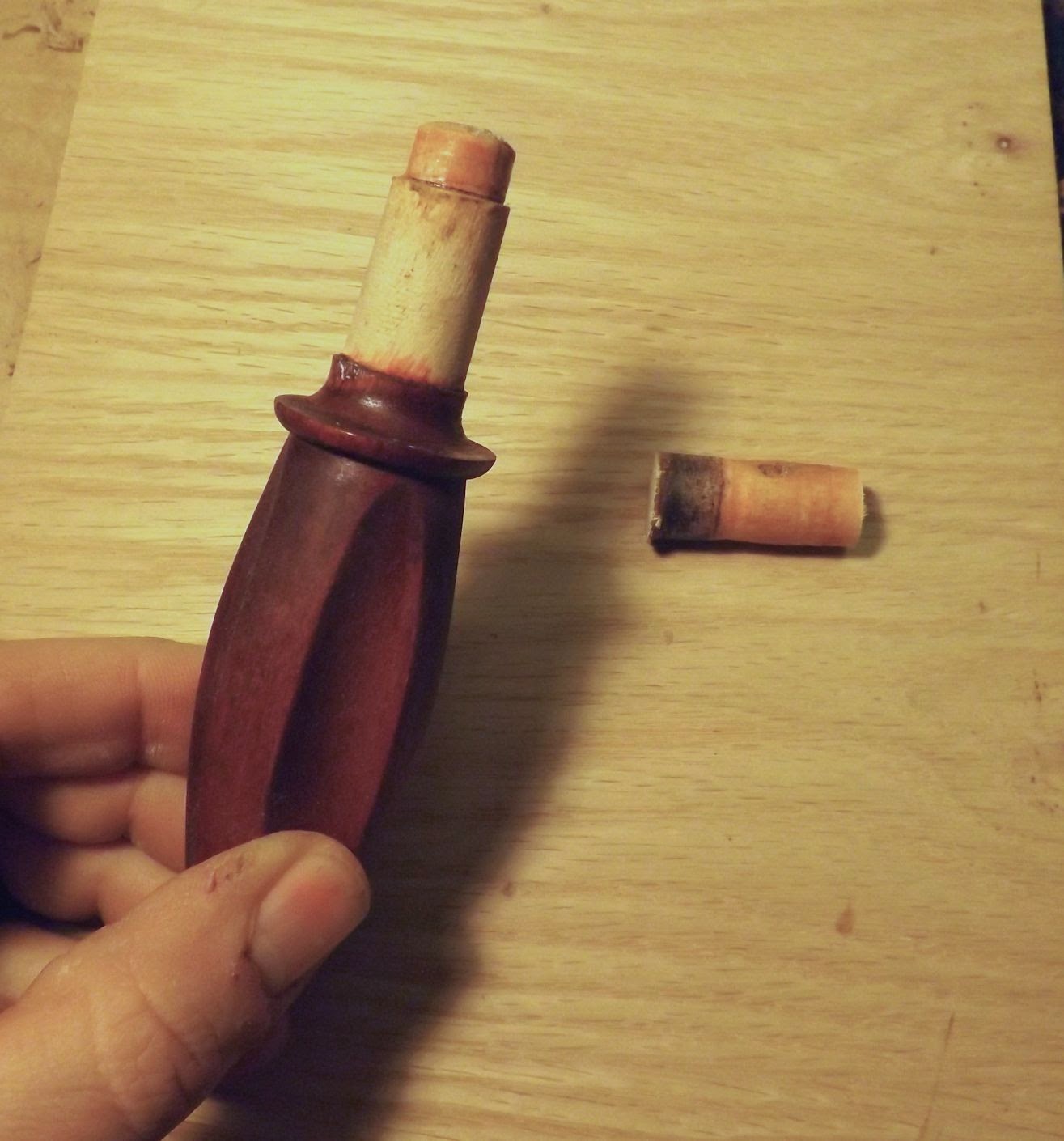 The owner expressed some remorse about having to lose the traditional appearance because the pegs are stylized ears, after all.  I reasoned that by fitting the pegs into the exit holes, which are considerably smaller  I could mark where they fit snugly, amputate, and then graft the resultant nub back onto the shaft. Some glue and a screw hold them together. 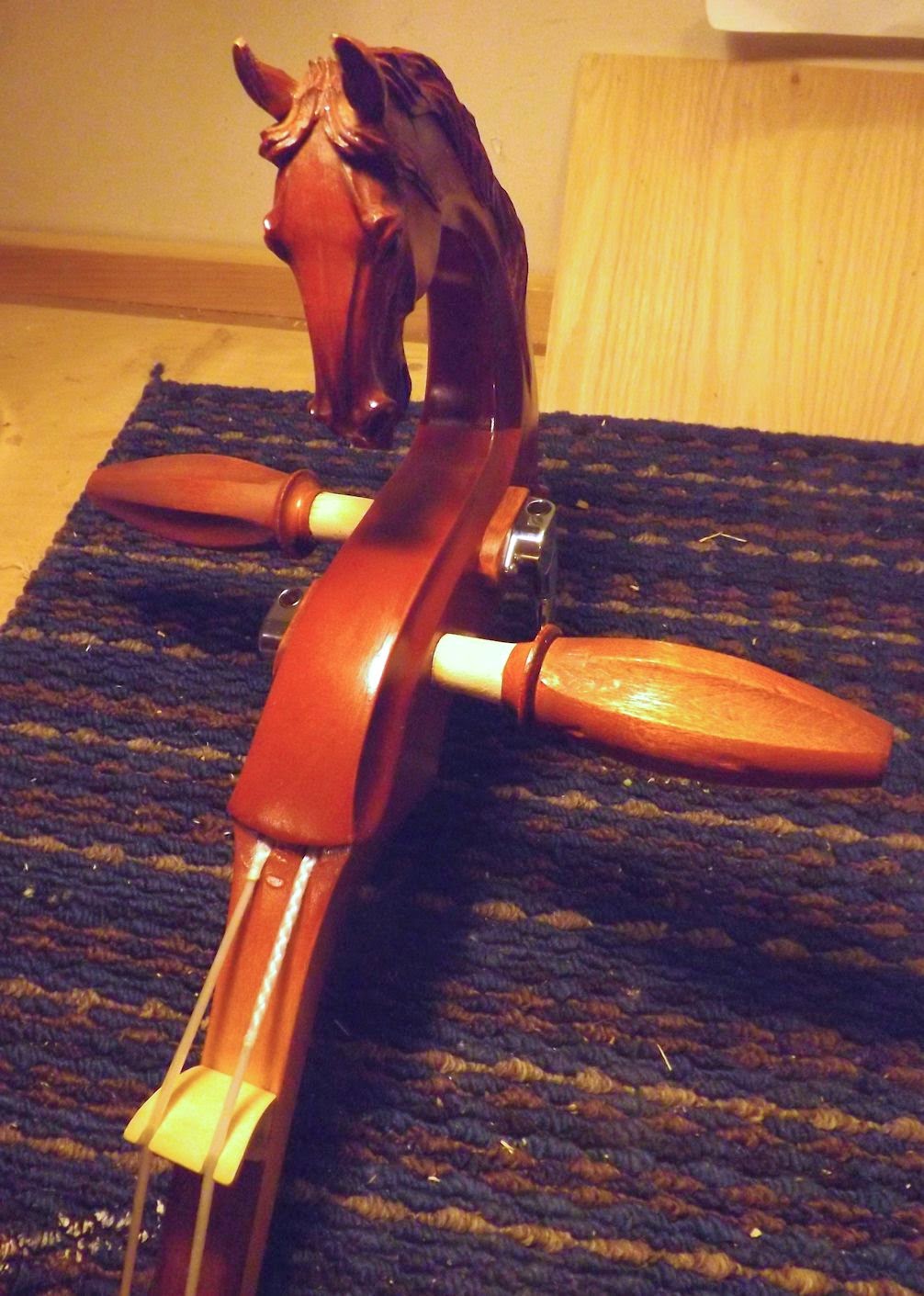 It worked well!  As do the machine heads.  Tuning is now a breeze. 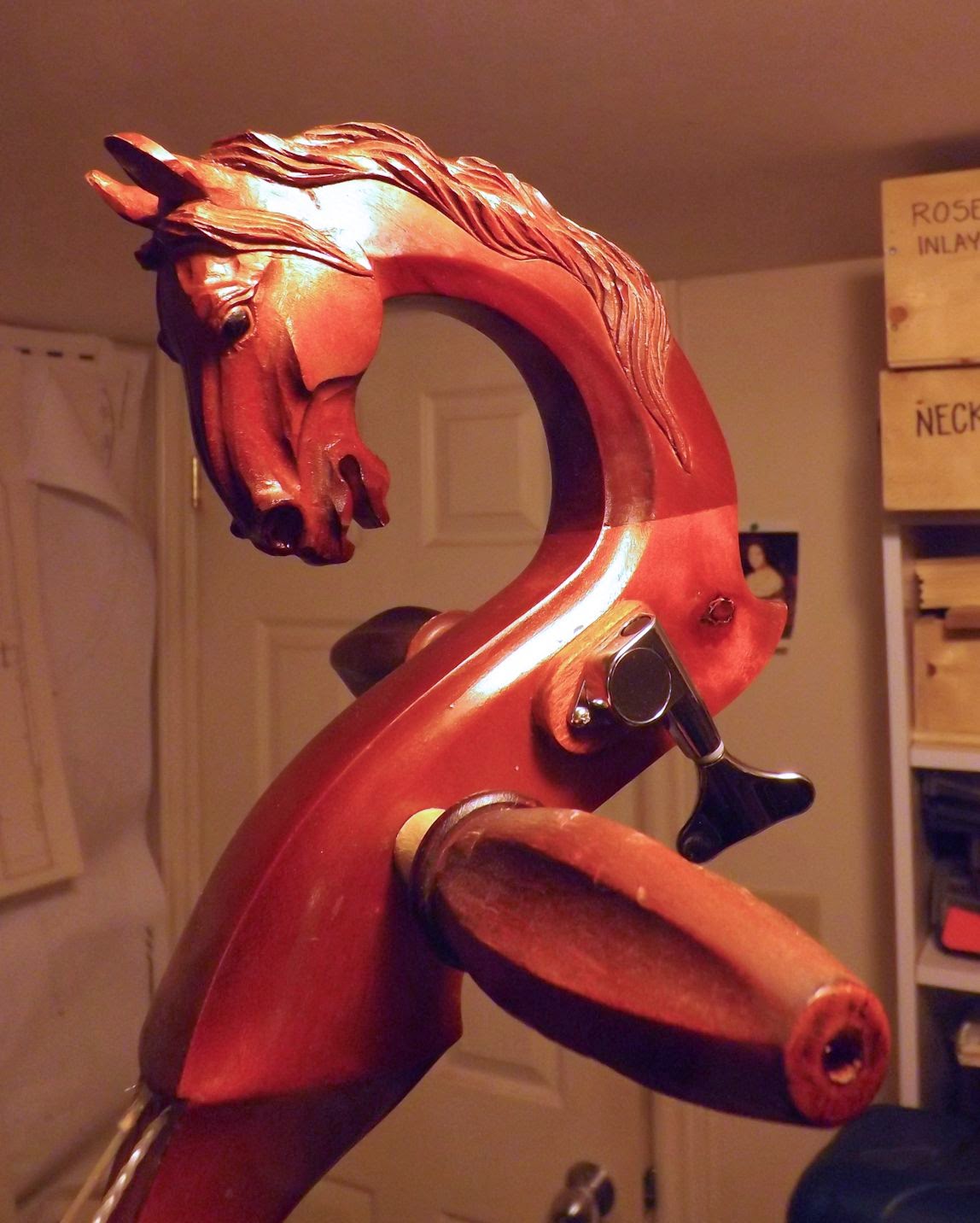 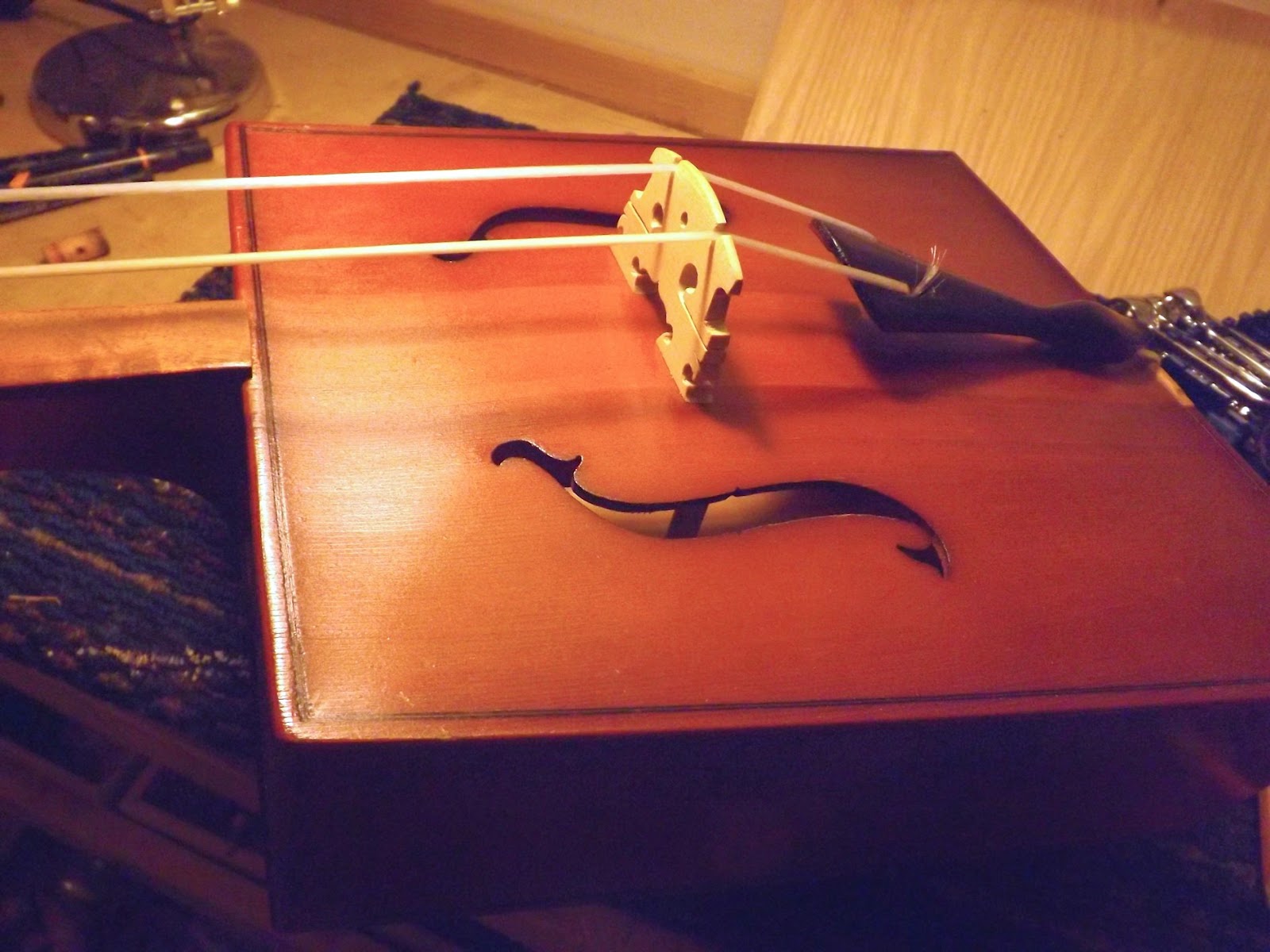 It's a handsome instrument. The box is made entirely of cedar.  I'm not exactly sure how the arching was accomplished, as it's all in one plane around the perimeter.